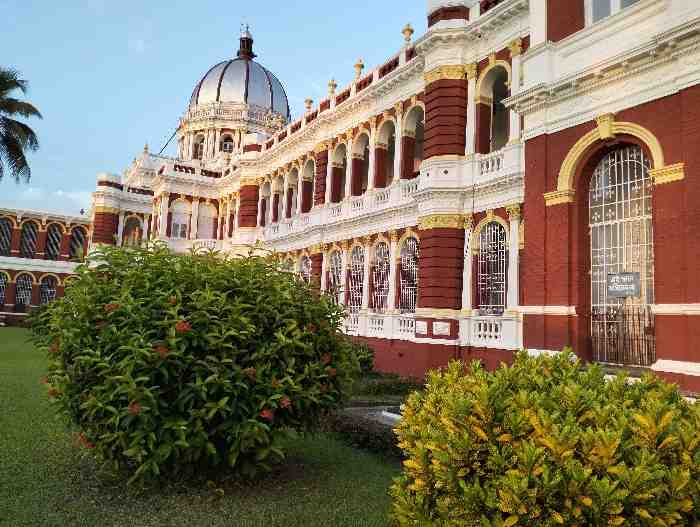 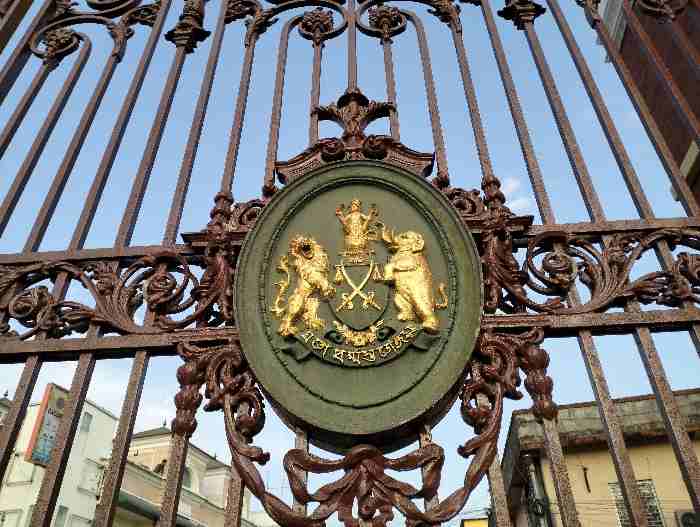 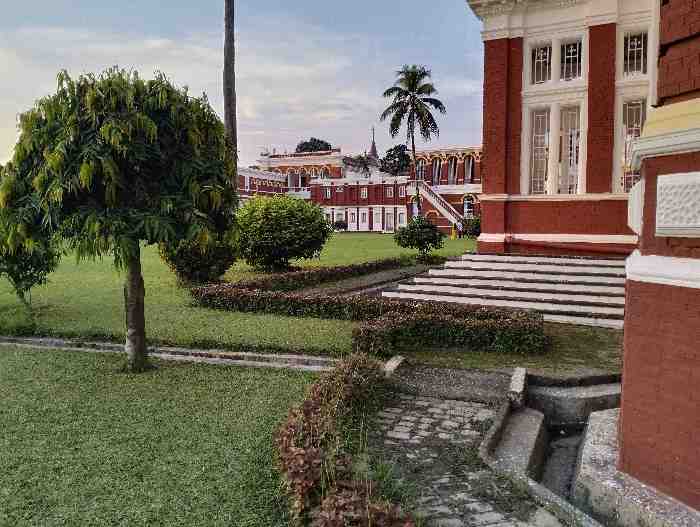 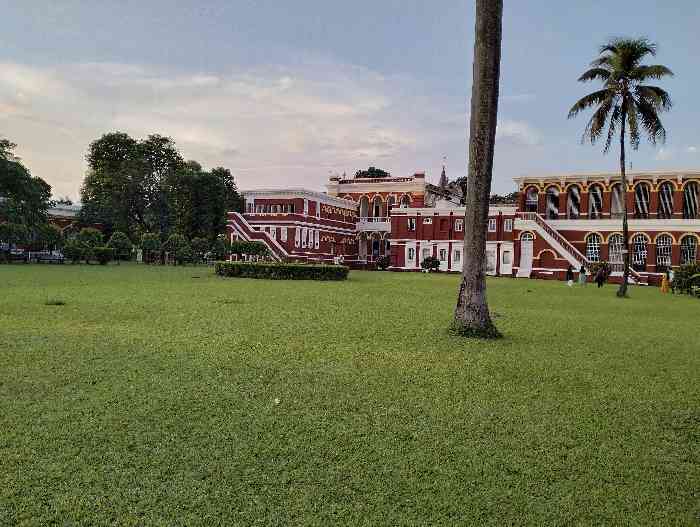 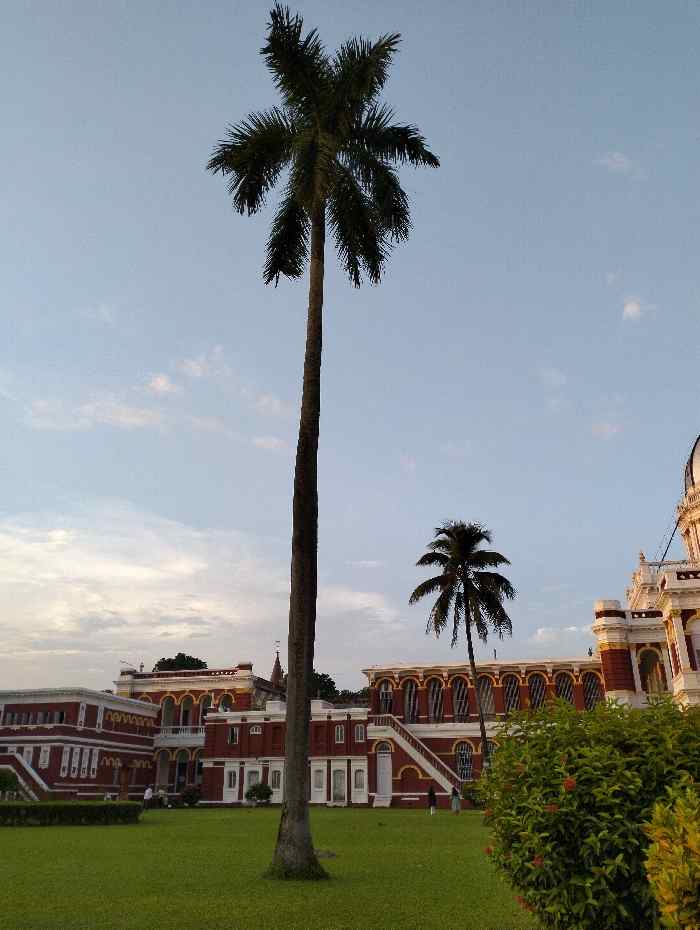 The construction of a prosperous Palace at the heart of the town of Coochbehar for the royal family was taken during the reign of Maharaja Nripendra Narayan (year 1887). The construction work had a history of arrangement. Proper Information regarding Coochbehar Palace visit is necessary. The place Coochbehar Cooch Behar and Kochbihar and even Kamatapur is same.

In 1881 Major Mant’s design in the Indo – Saracenic style having been abandoned in favour of a new design by Mr. Martin in the Italian style and the services of Messer. Cane and Robins having been dispensed with the contract for the whole Palace was given to Messrs.  Marlier and Edwards of Calcutta, who commenced actual work in January 1881, having been spent a good deal of time in making preliminary arrangements.

In 1885 – 86 the ornamental lake was taken in hand and nearly finished during the year.

In 1886 the north and west wings were quite completed and became fit for the occupation of Maharaja and his family.

The magnificent royal palace of Cooch Behar with its artistic beauty attracted the tourist from all over the world. It bears the symbol of power and grandeur of this small Princely State situating furthest corner of India. The palace is now declared as a Heritage building and is under the supervision of the Archeological Survey of India.

The actual provision for construction of gate and fence was Rs. 1910, which was raised to Rs. 2,581 in the revised budget. The expenditure incurred during the year was Rs. 2217 while the total expenditure incurred under this head went up to the end of the year of 1912 was Rs. 19956. The bricks for the construction of the Royal Palace gates were collected from the Bindhachal Stone and Trading Co., and the value thereof adjusted. Maharaja has directed that these figures should be erected on two new masonry platforms in the palace compound instead of on the two gate pillars.

From Delhi to New Coochbehar (NCB)–

From Kolkata to New Coochbehar

From Bangalore City to New Coochbehar

From Chennai Central to New Coochbehar

From Mumbai Central to New Coochbehar

Other Places to visit near Coochbehar City